It’s always a joy when you get your hands on a brand new computer or upgrade to a new cutting edge OS. But it also means the hassle of downloading individual software and installing them one by one. If you’re like me and use all types of  software, this process of clicking next-next-next on installation wizards could take hours. But fret not, there’s an app that lets you bulk-install applications which I discovered years ago. It’s called Ninite. 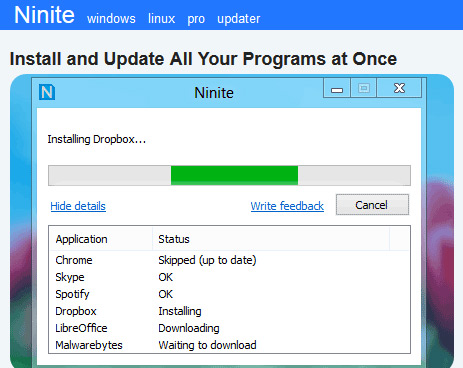 In a nutshell, Ninite consolidates the most popular free applications and lets you download it in a single installer file. This saves you time and effort from the traditional way of downloading and installing one by one.

So how does Ninite work? It’s really super duper simple.

Step 1: Select all the apps you want and click ‘Get Installer‘
(*Note: If you’re clueless about which to select, scroll to the bottom of the post where I will recommend my fav apps) 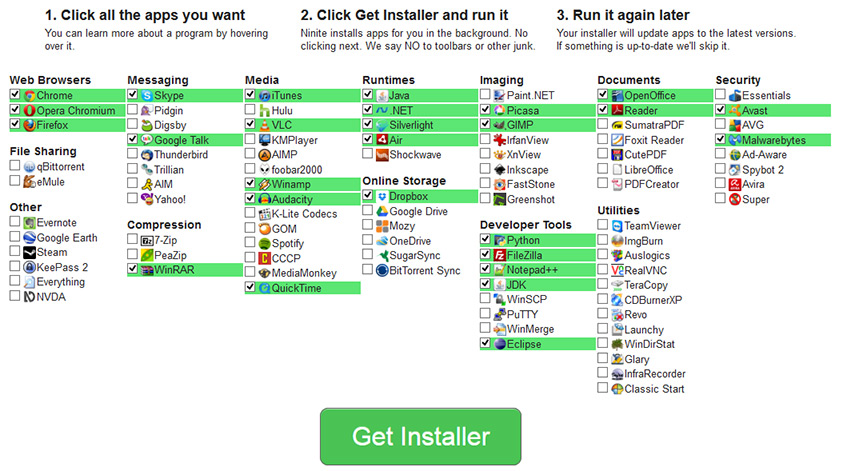 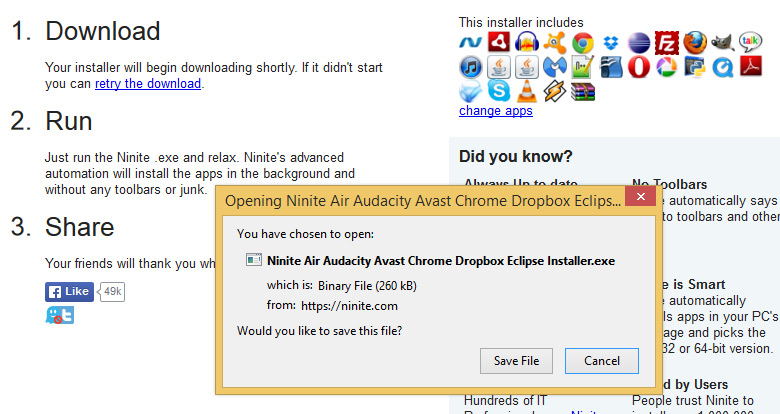 Step 3: Run the file, sit back and let the magic unfold.

Perhaps you could go have a shower, and when you’re back, everything will be installed. It’s really that simple!

At the moment, Ninite supports Windows and Linux. I’ve been searching for a Ninite equivalent for Mac OS, but to no avail. So yes, Windows and Ubuntu users, you are one lucky bunch of people!

Additional Information: Apps that I personally use and recommend

These are the applications that I have been using for many years. If you’re not a developer,  you can ignore the ‘Developer Tools’ section, but definitely consider downloading all the others that I suggested.

And that’s all for the 2nd post of Tech Kung Fu. Hope you enjoyed today’s killer tip and feel free to share. Chop by chop, you’re on your way to becoming a kung fu tech master!